Mexican natural wine producers who are killing it right now

Some Mexican conventional wine producers have moved towards a low intervention winemaking approach and some even launched natural wine labels within their portfolio. We’ll talk about them in another post. In this line-up, for clarity purposes, you’ll see only producers who make only natural wine.

Why that? So if you see the producers below in any wine shop, you can be 100% sure you’ll be getting a natural wine.

If you happen to love a Mexican natural wine producer that we didn’t include in the list, it’s probably because we don’t know about them. Please let us know by emailing us at [email protected].

Bichi Wines is probably the most well-known Mexican natural wine producer, both locally and internationally. Their wines can be found in many restaurants and wine shops in the US and Europe. We bet that if you have visited a natural wine shop in any major US city lately, you’re familiar with their colorful “luchador” labels.

Where: Bichi is located in Tecate, northeast of the popular Valle de Guadalupe, where most Mexican wineries are located. Bichi wines are produced both with grapes grown in their own vineyards in Tecate and fruit sourced in some lots in Guadalupe Valley.

The Bichi winery and vineyards are not open for visitation.

Bichi’s wines run the gamut from funky and rustic to more polished wines.

Quick example – within the Bichi wines portfolio, you can find a funky red such as Listán, produced with 100% Misión grapes from Tecate, or a more polished, absolutely smooth and aromatic wine such as Azul, a 100% Garnacha from Valle de Guadalupe.

Our personal favorites are Gorda Yori (orange), Pet-Mex (Bichi’s take on a Pét-Nat) – either of those wines paired with some tacos al pastor 👌 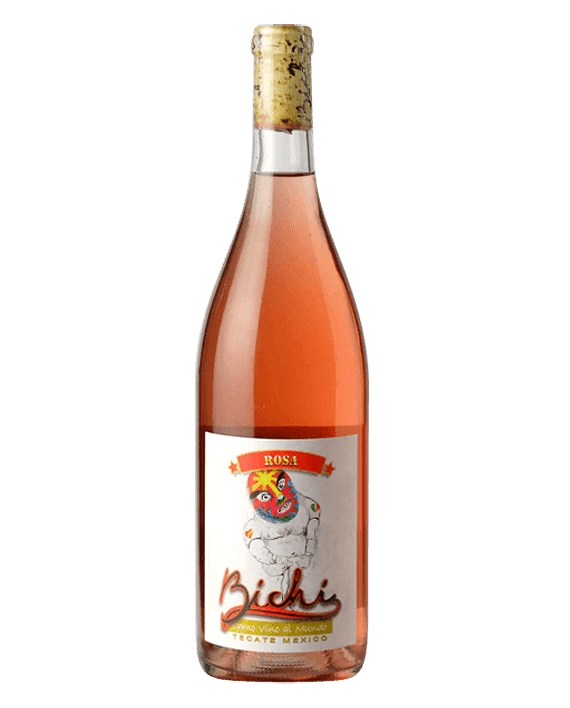 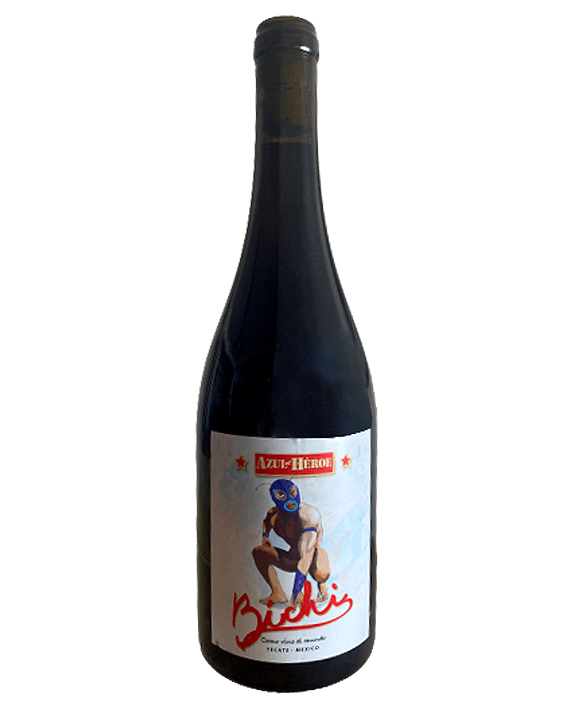 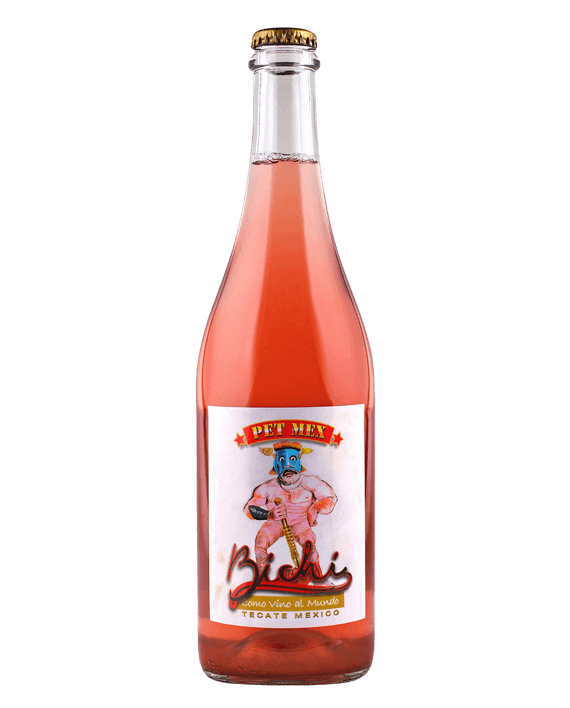 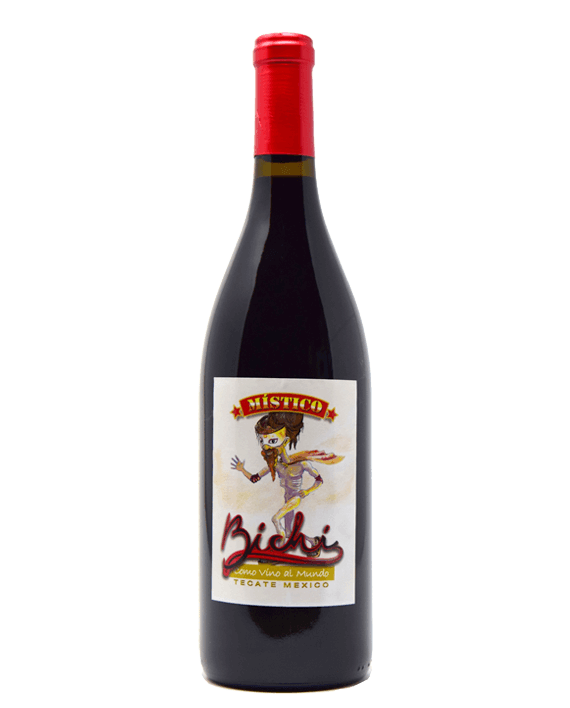 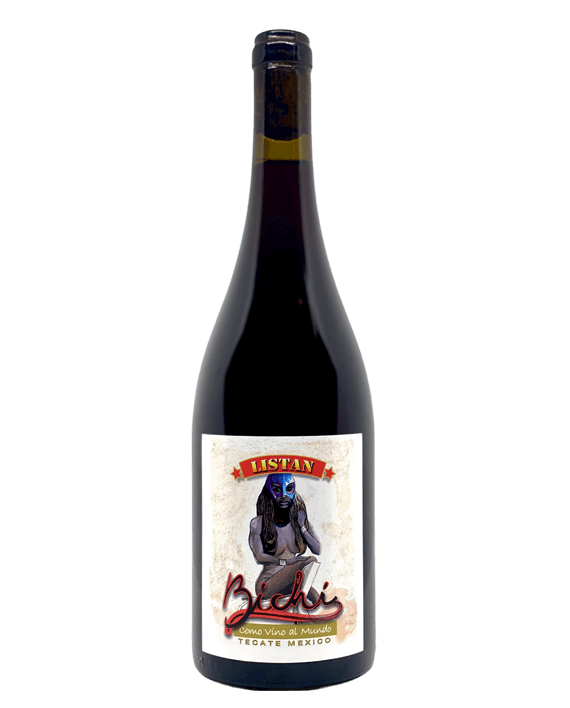 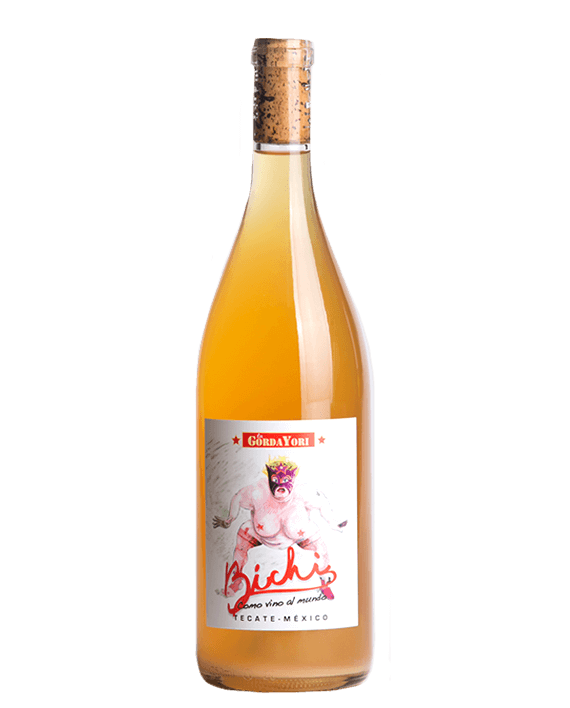 You can visit the winery or their conveniently located tasting room in San Miguel de Allende. Call +52 (415) 178 7831 or DM Octágono on Instagram to book your visit.

Marcelo Castro Vera is the owner and visionary behind the project. The day-to-day life of the winery is run mostly by women and directed by winemaker Celia Morales.

Octágono’s wines feel honest and straightforward. In flavor and aromas, they’re a bit funky and definitely rustic, most of them with low ABV. All Octágono wines are natural, unfiltered, fermented with whole grape clusters and skin contact, and bottled without any sulfites added.

They also produce hidromiel (or mead), a low alcohol beverage made with fermented honey that’s absolutely perfect for sipping in the summer months.

Our favorite wines by Octagono are the rosé and the Macabeo white, perfect light and dry wines to be enjoyed as an aperitif or to sip by the pool. 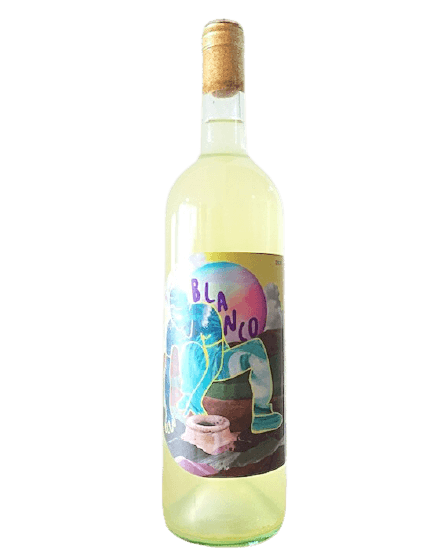 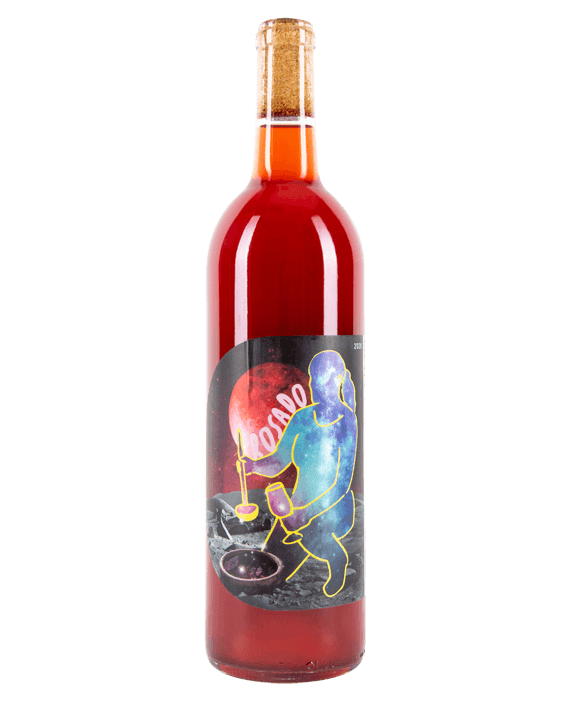 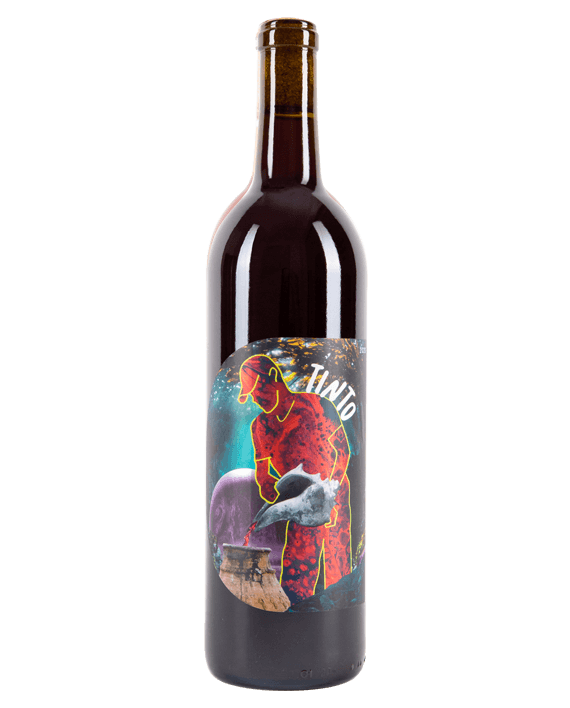 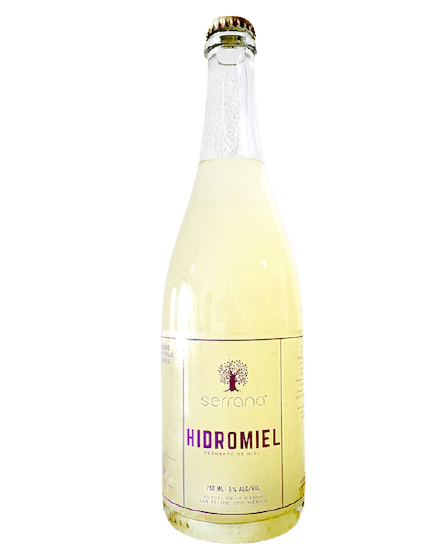 Cava Garambullo is located in Guanajuato, just outside of San Miguel de Allende. Located just a couple of hours driving from Mexico City, Garambullo is a great option if you want a weekend of excellent wine-drinking away from the city. They offer guided visits with a reservation required. You can find out more and RSVP for a visit here.

The owners and winemakers Branko Pjanic and Natalia Lopez Mota started the project in 2012 and currently have a production of approximately 4,500 bottles a year.

Natalia and Branko are pioneers when it comes to low intervention and natural winemaking in Mexico. Aside from producing their own wines, they consult with many other producers to help them implement organic and biodynamic practices in their vineyards and natural practices for vinification.

Just from this line-up, both Tierra de Peña and Vinos Barrigones (which we’ll mention below) started their projects with support from Natalia and Branko.

100% of Garambullo’s wines are produced with organic or biodynamic grapes and with minimal intervention.

In Natalia Lopez Mota’s own words: “Organic grape growing goes hand in hand with low yields and good viticulture practices, facts that generally, give you better wines…but of course, you must have a good know-how of the winemaking process”

Their portfolio of wines covers a whole range in terms of wine body and complexity, but in general, you can expect very polished wines. Branko and Natalia’s extensive winemaking knowledge shows through in all of their wines.

Garambullo wines are also very approachable – this is the producer you want to introduce to your friend who refuses to drink natural wines because “they are all funky.” 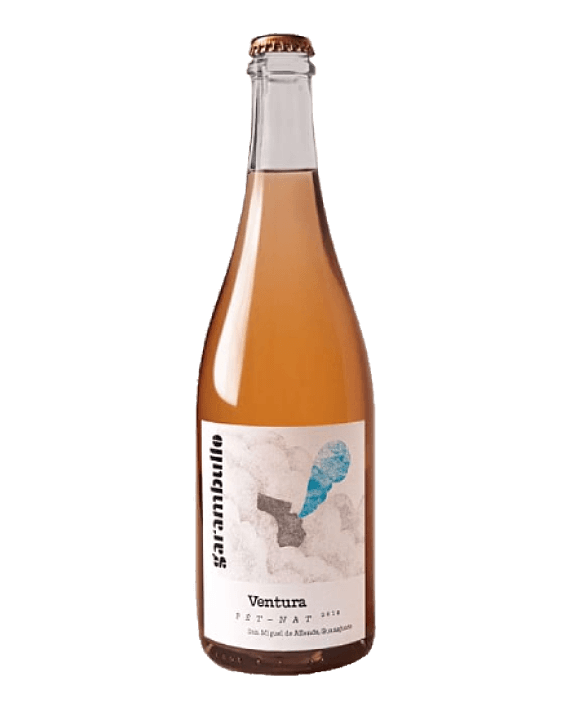 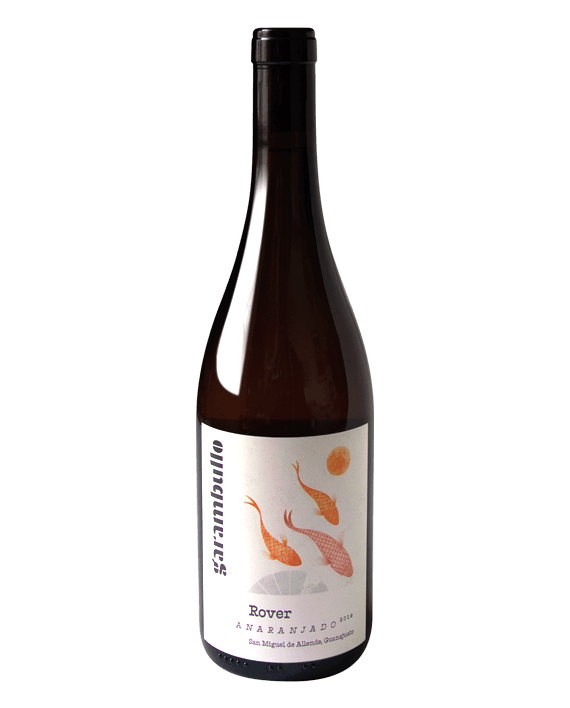 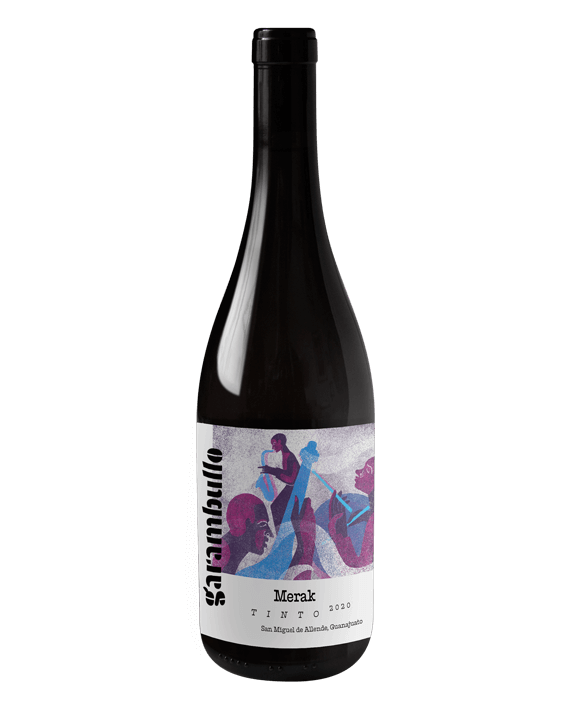 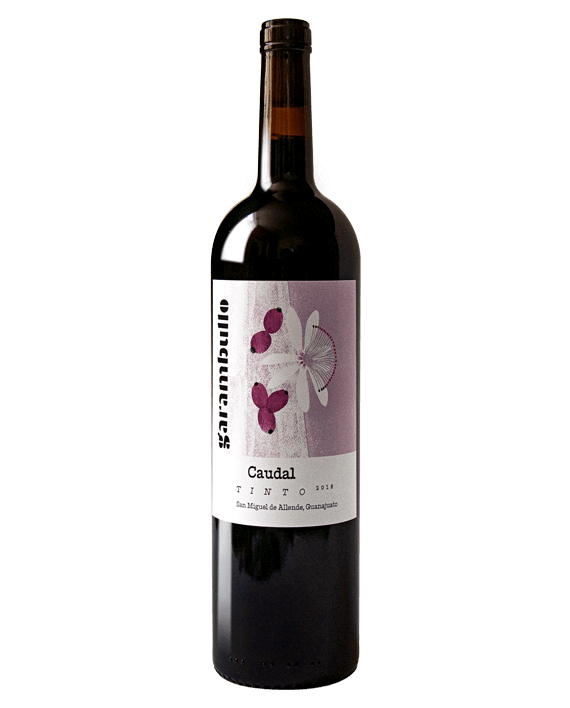 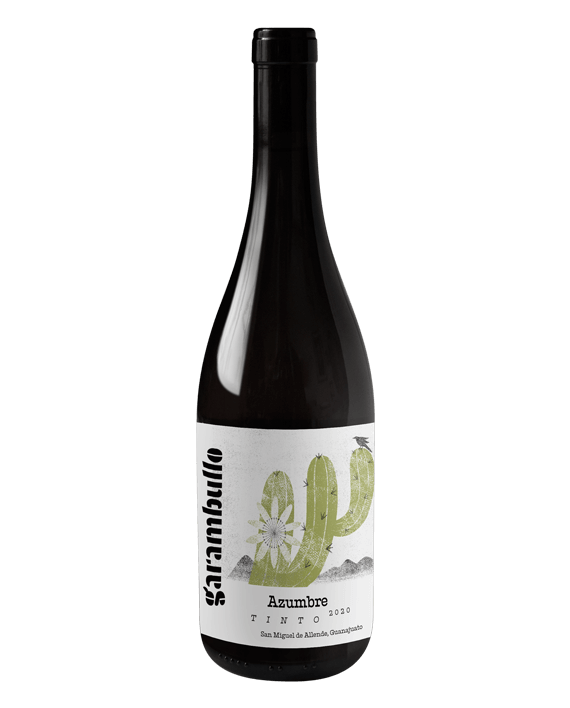 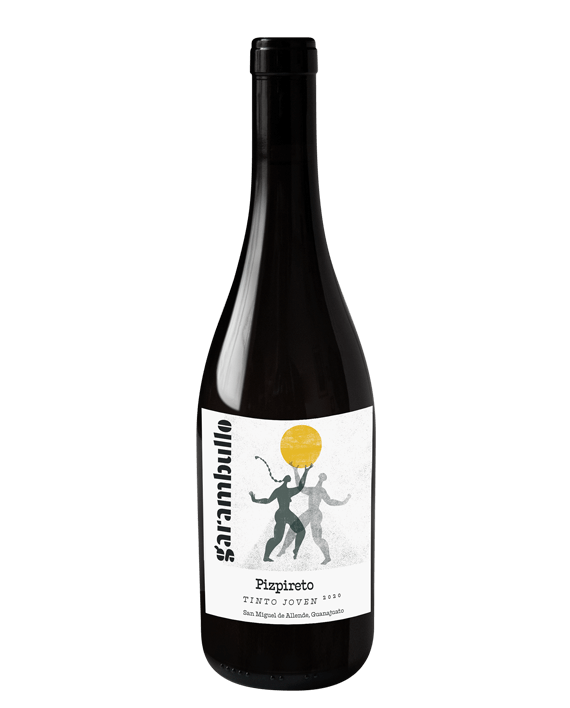 Tierra de Peña was started as a passion project by Luis Fernando Aburto in 2017, with support from Natalia and Branko from Cava Garambullo.

It’s a young winery, that has shown incredible growth with each new vintage. 2020 was the first vintage with Luis Fernando “flying solo” as the winemaker and the results are impressive.

He works exclusively with grapes from their own vineyard, located in Colón, in the state of Querétaro.

Tierra de Peña is one of the few Mexican wineries working with permaculture, a system of sustainable agriculture that requires the development of an ecosystem within the farm intended to be sustainable and self-sufficient.

The farming is done 100% organically and biodynamically, without chemical intervention or the use of pesticides. Many of their wines are zero-zero (no sulfites added at all).

Luis Fernando works with Cabernet Sauvignon, Merlot, and Tempranillo grapes, which we don’t see a lot in natural winemaking. Despite his fun and bubbly personality, his wines are balanced and reflective, focused on aromatics. They are subtle but very powerful.

The production is super small and sells out usually in a few months after release, so they can be hard to get your hands on.

La Casa Vieja (in English “The old home”) is located in the small village of San Antonio de las Minas, in the Valle de Guadalupe.

Humberto Toscano, the owner and winemaker, was born and raised in San Antonio de las Minas. He released the first vintage of natural wines by La Casa Vieja was released in 2007 and today the winery produces about 500 cases a year.

The winery makes four wines, all produced with grapes from their own organically farmed vineyards.  The winemaking is old school and minimal – macerations are long and aging takes place mostly in old barrels and tinajas. Everything is done by hand, including the labeling, and SO2 is never added at any point in the process.

The vineyards, located at 1066ft above sea level, are planted with 120+ year-old, dry-farmed, original-rootstock-vines, including Mission and Palomino. Humberto also recently added some newer Grenache and Misión vines.

Vinos Barrigones is a pandemic story with a very happy ending. It started producing wines in 2020, as a way to keep busy during the pandemic, and the project has grown a lot since.

The team behind it includes Jaime Niembro (founder), Julio Rodríguez (maestro destilador), and Daniela Jimenez (sommelier), all with extensive mezcal and distillery knowledge but new to the world of winemaking.

They got support from Natalia and Branko (from Cava Garambullo) in 2020, to start producing natural wines from the grapes from their own vineyard coated in El Marqués in the state of Querétaro. The production in 2020 was about 2200 bottles, and they already increased that number to 11,300 bottles in 2021.

They offer guided tours, where you can try their wines, and also learn about their other projects which include sidra, mezcal, whisky, and other distilled drinks. You can get more info and book your visit here.

Pouya Wines is a natural wine producer from Valle de Guadalupe. Fernanda Parra, the owner, and winemaker, sources grapes from two old vine vineyards in Valle de Guadalupe, for her four different labels. All grapes are produced organically and harvested by hand.

All Pouya’s wines are produced using minimal intervention, without filtration or stabilization. Only a minimal amount of sulfites is added at bottling (30ppm).

Dos Búhos (in English, “Two Howls” is another Guanajuato producer. Located in the Mexican Altiplano, at the base of the Los Picachos mountains, this is an organic vineyard and family winery producing 100% artisanal wines from their own vineyards.

The winery produces 5,000+ bottles of wine per year, split between about 12+ different labels. Dos Búhos wines can be found in the wine lists of some of the most renowned Mexican restaurants such as Pujol, Quintonil and Sud 777.

The Dos Buhos vineyard, formerly a cattle ranch, is now a local favorite for wine, local art, history, and design. They offer tours and tastings, you can request more info and RSVP here.

Are you excited to try new Mexican natural wines?

Our line-up of Mexican natural wine producers ends here (for now), but we’ll continue updating the list as we hear and try new great local wines.

If you’d like to try new wines from the comfort of your home, we got you covered! Place your order online in our shop and receive your wines at your door anywhere in Mexico within 1-4 business days. Cheers!

Sign up for our weekly newsletter with exclusive wines, discounts, and curated resources