You’ll taste/smell: Xisto Illimitado, by famed Douro winemaker Luis Seabra, is a Portuguese analogue to the idea of a “village” level Burgundy. A field blend of 6 varieties planted across 3 subzones in the Douro, Illimitado is a survey of the schist-driven terroir in the appellation. Luis Seabra is one of the best winemakers of modern history and we are honored to have his wines.

Rose petal, strawberry and licorice notes are bright and elegant in this juicy red with vivid mineral undertones. Notes of raspberry, pomegranate, pine and white pepper dovetail on the moderately tannic finish. Drink now through 2026.

Good to have it with: pair with roast game or poultry, or ratatouille. Or just enjoy it by itself.

Xisto Illimitado, by famed Douro winemaker Luis Seabra, is a Portuguese analogue to the idea of a “village” level Burgundy. A field blend of 6 varieties planted across 3 subzones in the Douro, Illimitado is a survey of the schist-driven terroir in the appellation.

A wine that offers an introduction to the dominant soil type in the Douro valley. Minimal interventionist winemaking. Fresh, mineral driven red that showcases the purity of fruit achievable in the Douro valley. Sustainably farmed vineyards planted from 1960 to 1980 in schist soil at 400-600 m (1,232-1,968 ft) elevation.

Vineyards located in Cima Corgo. This is a subregion that experiences extreme highs and lows from a temperature standpoint, with some of the greatest day-night temperature delta in Portugal. As such the fruit experiences extended hangtime. Vines planted exclusively in yellow schist soil at 400-600 m (1,232 -1,968 ft.) elevation.

After a successful decade as winemaker at Niepoort, Luis Seabra decided to break out on his own, leaving his own name on the wines of Douro, and Vinho Verde. Rather than a single vineyard, Luis prefers to focus on single soils in his wines, such as Granito, and Xisto (schist). He seeks out old vines, and uses low intervention methods in vinification.

Seabra’s idea was to make uncompromising wines: the sort he wanted to make, without thinking about what the market wants. He wanted to create authentic expressions of these regions. He sources grapes from top vineyards in the Douro and Vinho Verde. Winemaking is low intervention, with natural yeast ferments. All his reds are now 100% whole bunch, and he aims for low extraction, though leaves the wine on the skins for as long as 30 days, extracting very gently. These are wines of balance and finesse, and are worth seeking out. 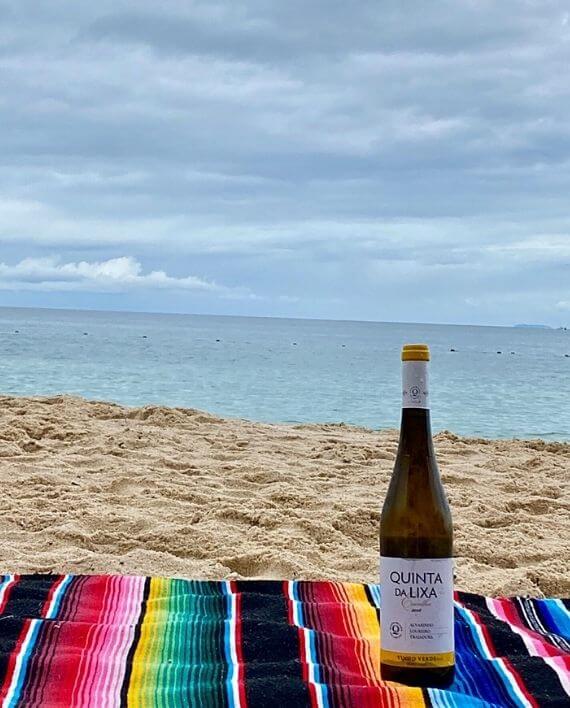